On Sunday, February 24, 2019 ZERO The End of Prostate Cancer rolled out the “blue” carpet for the inaugural Bold for Blue Awards. These new awards acknowledge outstanding champions who have made a bold impact in the fight against prostate cancer with their fundraising efforts. These rockstar fundraisers help empower ZERO to reach more men that need help, and also further research to put an end to the disease. 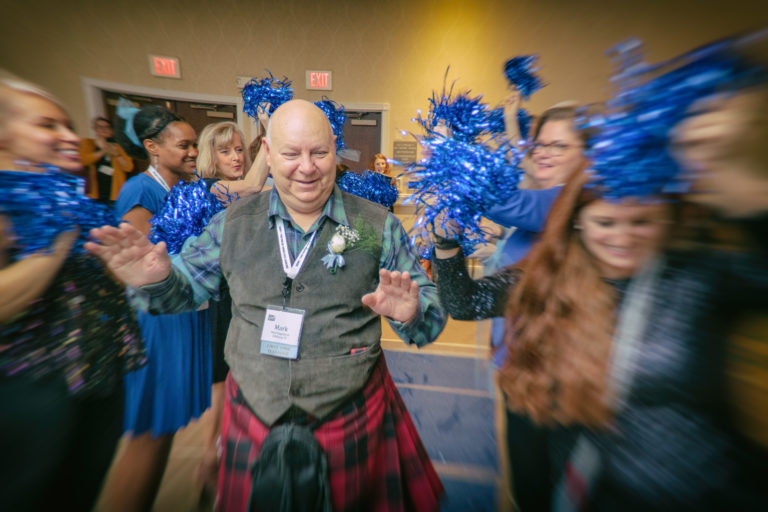 Team Angus: Team Angus is a clan of family and friends who rally around Mark Hagenbuch, a Stage IV prostate cancer survivor from Dillsburg, PA and raised more than $11,000 to end “the scourge.” The team has participated in the ZERO Prostate Cancer Run/Walk Harrisburg since 2016. Mark is inspired to support ZERO because he knows that more treatments are needed to help him and other men with advanced cancer and the work that ZERO does is “keeping him alive.” 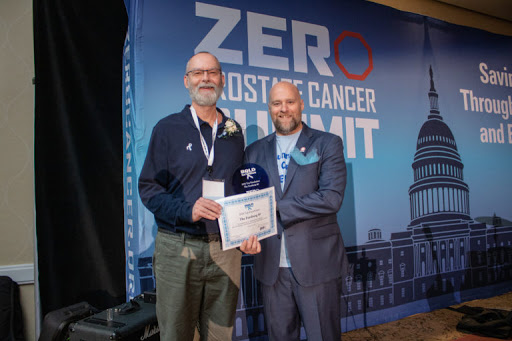 The Forsburg 40: With the help of his Granddaughter Eliza, and the support of his family, friends, and employer, Pat Forsburg and his team raised nearly $30,000 to end prostate cancer in 2018. The Forsburg 40 has participated in the ZERO Prostate Cancer Run/Walk Harrisburg since 2013. Pat is a prostate cancer survivor and his motivation to fundraise centers around his family and ensuring that little Eliza has a bright future ahead of her with her Daddy and Grandpa by her side. 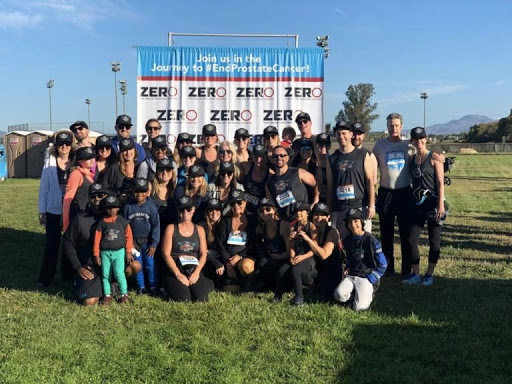 Team Frednecks: Fred and Sue Sanger have been supporters of the ZERO Prostate Cancer Run/Walk Napa Valley for years since Fred’s own prostate cancer diagnosis. Fred passed in 2018 and Team Frednecks was formed by Sue’s employer, family, and friends as a loving hug of support. Not only was the company a sponsor, but they were the largest fundraising team, blowing past their original goal and raising more than $12,000! Team Frednecks will continue to fight in Fred’s memory and for the other families who lost their husband, father, son, brother, grandfather, uncle or friend too soon. 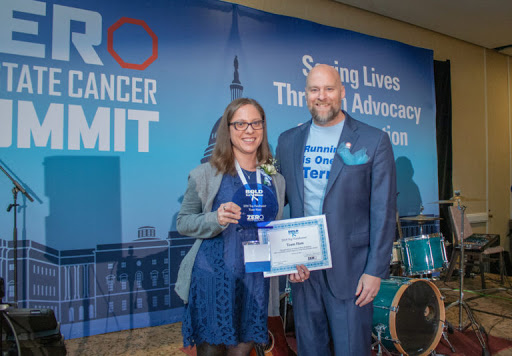 Team Ham: With a little help from family and friends, Team Ham is the top fundraiser of the ZERO Prostate Cancer Run/Walk in Hampton Roads with more than $13,000 raised to end prostate cancer. In memory of Gordon Ham, a loving husband, father and Navy Veteran Sandra, his wife, and his children, Kelsey, Brittany, and Jason participate to ensure that no other family has to lose their loved one to prostate cancer. 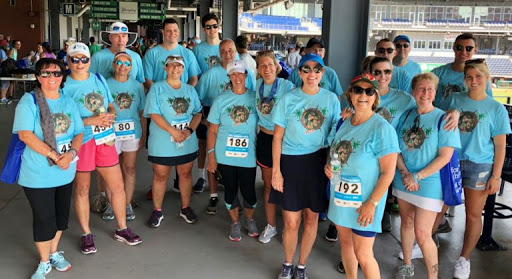 Team Lovey: The ZERO Prostate Cancer Run/Walk Hartford was Team Lovey’s first race with ZERO in honor of Joe Lovey who passed from prostate cancer. Elise DaCosta, Joe’s wife, and her three sons Joseph, Michael and Matthew, turned their grief into action with the creation of Team Lovey and raised nearly $15,000! On the day of the race, they were surrounded by the love of their forty team members. Together, they continue Joe’s fight against prostate cancer. 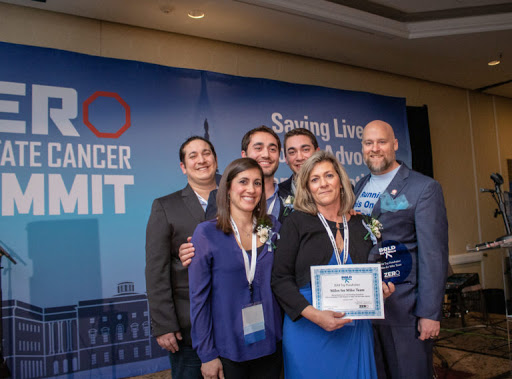 Miles for Mike: The Brocato family lost a loving husband, dad and grandpa: Mike Brocato, to prostate cancer in 2017. He was known for his outgoing personality and his contagious smile. To honor Mike, Fran, his wife, and their daughter Kristin and sons Michael, Daniel, and Matthew, created team Miles for Mike and participated in the ZERO Prostate Cancer Run/Walk Kansas City. They brought it big on race day with 100 people strong and raised over $10,000 to show that they are still fighting for Mike! 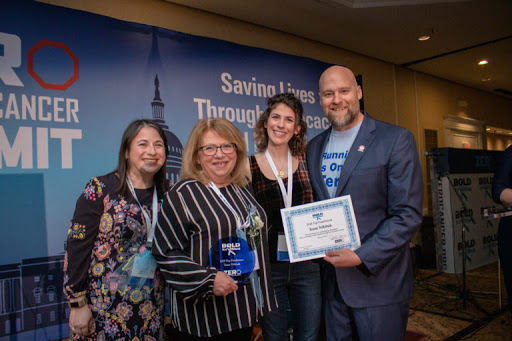 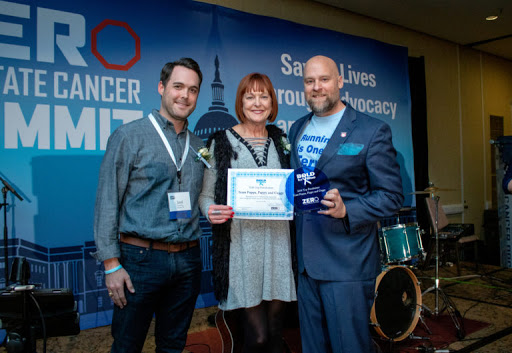 Team Poppa, Pappy and Cuggy: The Fults family has been ravaged by prostate cancer which is why Casey Fults and her team participate in the ZERO Prostate Cancer Run/Walk San Antonio. Poppa is Billy Wayne Fults, her late husband and ZERO Champion who passed on May 6 2018; Pappy is their youngest son’s father-in-law; and Cuggy, Casey’s brother, was diagnosed last spring just weeks before Billy Wayne’s passing. The team rallied around the family and raised more than $16,000 to honor Billy Wayne’s memory and show support for Cuggy and all men and families fighting prostate cancer. 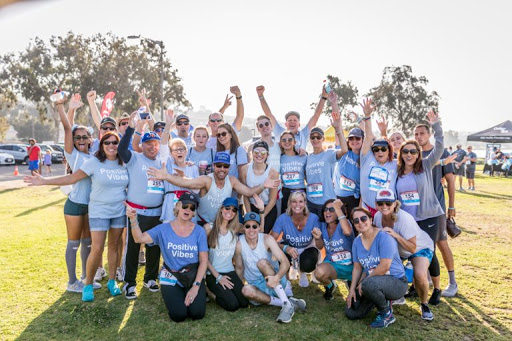 Team #ShefflerStrong: Team #ShefflerStrong celebrates not only Pat, who was newly diagnosed in late 2018 at the age of 53, but his father, and a childhood friend’s husband who was also diagnosed with prostate cancer around the same time. With so much to fight for, this team came together in force raising nearly $12,000 in their first year at the ZERO Prostate Cancer Run/Walk San Diego. With team shirts, props and a ton of energy and positive vibes their team showcased what love, action and positive thinking can look like. Pat and his family continue to heal from his surgery and vow to continue fighting back and thrive beyond prostate cancer. 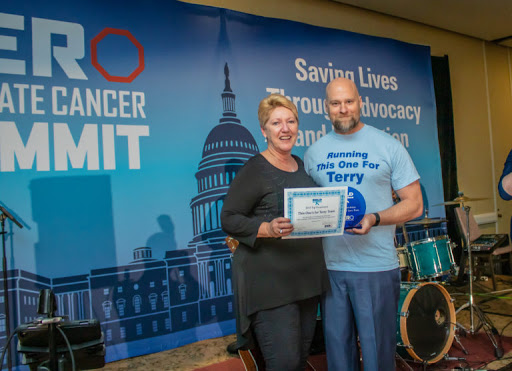 Team This One’s for Terry: Susie Schlernitzauer and her team This One’s For Terry have been at the forefront of the ZERO Prostate Cancer Run/Walk South Florida since the very beginning. Susie’s amazing brother Terry, was diagnosed with prostate cancer in 2008, and after nearing the 5-year cancer-free mark, suffered a relapse. Terry lost his battle a little over a week before the 2018 South Florida race, and his family and supporters came together for an emotional remembrance, to walk together and continue to the fight in honor of Terry and men just like him. They raised over $18,000!

Daughters 4 Dads: The love for their father inspired three daughters to form an organization Daughters 4 Dads and start a 2013 race in their local community of Napa Valley, California. Sarah Dunn, Amy Donaldson, and Julie Tofte are on a mission to bring awareness to the community and provide financial support for local education and treatment. They joined the ZERO Prostate Cancer Run/Walk series in 2014 and each year the race grows, thanks to their growing tribe of volunteer committee members who all have a connection to the cause. The hard work and support paid off, in 2018 they raised more than $100,000! They continue to fight on for their father, uncle, grandfather and the countless men and families in the Napa Valley community. 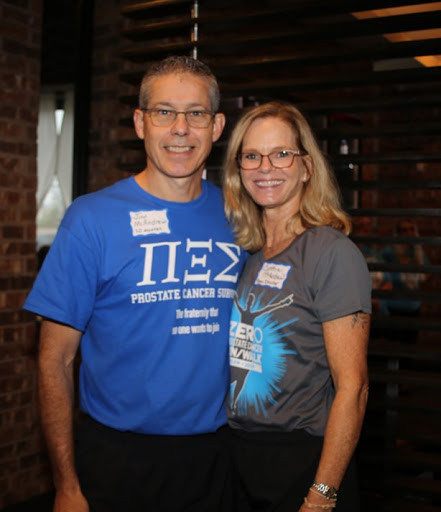 Jim & Cynthia McAndrew: Jim and Cynthia put their hearts and souls into making the ZERO Prostate Cancer Run/Walk Tyler a success. Jim is a prostate cancer survivor and urologist who knows first-hand the importance of ensuring that all patients and survivors understand that they are not alone in the fight. They host a wonderful breakfast prior to the race for survivors and their families to ensure that everyone has the opportunity to connect. For the second year in a row they raised more than $100,000 to end prostate cancer!


Dr. Johnny & Joni Reyna: This pair is a force to be reckoned with in the fight against prostate cancer! The Los Padres Prostate Cancer Foundation was established to support men locally by Dr. Johnny Reyna, a urologist with Veterans Affairs and Joni, his wife, the mastermind organizer behind the scenes. They have hosted the ZERO Prostate Cancer Run/Walk San Antonio for six years. The race was included in the city’s Tricentennial Celebration in 2018 and raised more than $100,000!