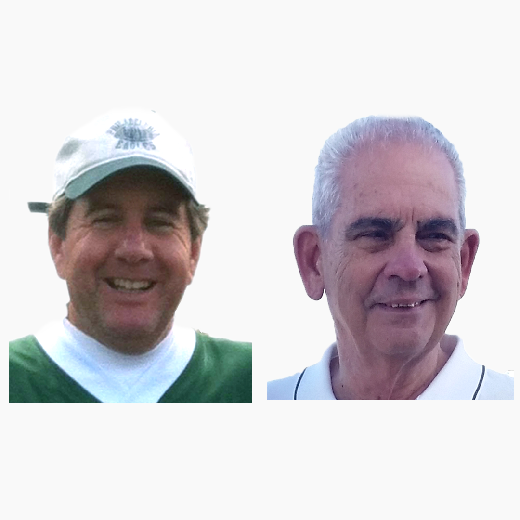 One in nine fathers, sons, husbands, brothers, partners, and friends will be diagnosed with prostate cancer, including 3,810 men in Maryland this year alone.

The Albano and Lecuona families have been greatly affected by prostate cancer recently. Two AMAZING men in our families stricken by disease that came and took over too quickly. Both men have stood strong in the face of Prostate cancer but this aggressive disease has put up a tough fight. We are walking/running in their honor, bringing awareness to those that may not know much about prostate cancer, and helping raise funds with the hope that one day other families won't have to see their loved ones suffer as we have.

Michael was diagnosed with stage 4 Prostate cancer in August 2017. At the time of diagnosis, it had already metastasized into his bones, liver and lung. His type of cancer is considered castrate-resistant prostate cancer.  Michael is the father of five children, Brooke, Ryan, Paige, Megan and Jared, with his wife of 29 years, Barbie. He is a son, brother, uncle, cousin, friend, colleague and so much more to those who know him. Unfortunately, Michael moved on to be with God in Heaven on June 1, 2019. He is such a wonderful person inside and out who has always done so much for so many and now it is our turn to run in his honor.

Julio was diagnosed roughly 2 years ago and was fine at first (besides the hot flashes haha) but this horrible disease turned aggressive fast. Just when his family thought that radiation was over and he would be ok for a few more years we found out it had metastasized as well. Unfortunately, on August 1, 2019 Julio also moved on to heaven to be with God. Julio has been the loving husband to Silvia for well over 60 years and has 4 great children and 6 even better grandchildren (of course)! He is so loved by the community he has served in for decades and even more so by his very close family.